This weekend will see Stoke City travel north to the St. James Park where they will face Newcastle United in the Premier League. The Magpies currently sit in 10th with their opponents just a point behind in 12th which should mean this will be a tight and cagey affair.

Given that this is likely to be a close game and the physical nature of both sides we look to the Team Cards market for this selection. Rafa Benitez‘ men currently lie 19th in the Fair Play Table, having picked up more yellow cards than any other side, discipline proving a problem so far this season.

There are regular offenders scattered throughout the squad with Jonjo Shelvey already picking up a red in the opening game of the season, at home to Spurs and attack-minded winger Matt Ritchie picking up three yellows from five appearances. 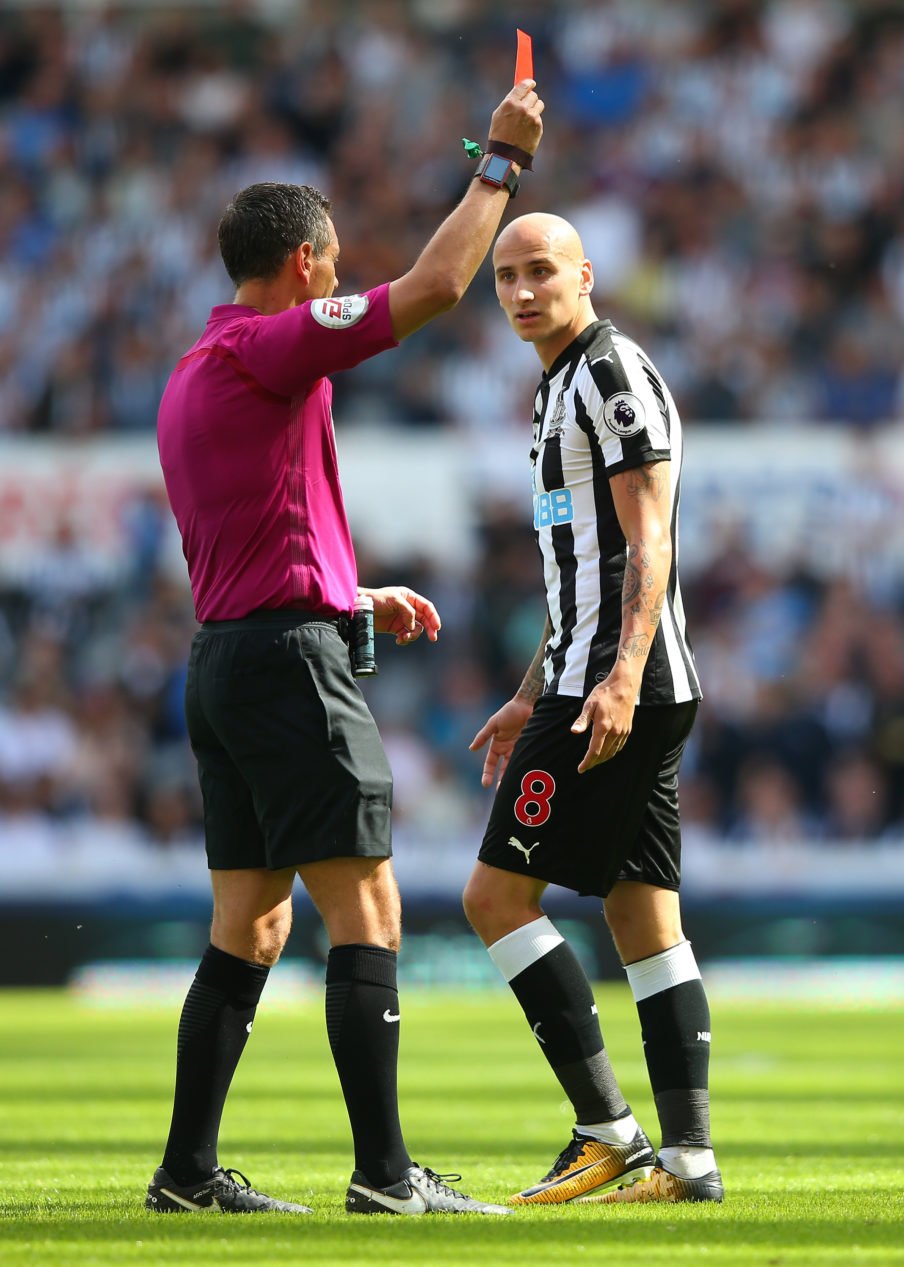 Newcastle United to receive over 1.5 cards generally available at Evens

The Magpies have received 2.75 cards per game on average this season, which falls to 2.00 when playing at home, however, they are in the top half of the table when it comes to home bookings and against a physical, wide playing Stoke team booking opportunities and flashpoints are likely to arise.

On the foul count, Newcastle again feature highly, committing on average 12 fouls per game while their opponents Stoke City have been fouled 11 times per game this season. With the home side drawing a card every 4.4 fouls the evidence suggests referee Stuart Attwell will have a busy afternoon.

The referee appointment for the fixture also points towards cards being a feature. Attwell has a career average of 3.35 cards per game, his only game this season in the top flight was a toothless 0-0 between Huddersfield Town and Southampton where there were no cards shown. Looking back at last season, Attwell took charge of 10 Premier League games with 3.1 cards given per game and even the 2015/16 season he averaged three bookings per game.

Newcastle evidently have a disciplinary problem and with eight different squad members having been booked, a further two bookings in Saturday’s game against the Potters is certainly a possibility. Whether you choose to include this in your accumulator or as a single we feel it has every chance of landing.